The Des Plaines Public Library is an integral part of a Master Plan for redevelopment of this Chicago suburb’s central business district. The Plan’s goals were to revitalize a neglected downtown block, to improve the perception of the city, and to reenergize downtown development. In addition to the library building, Lohan Associates also designed streetscape improvements and neighboring retail buildings.

The design of the four story, 82,000 sf structure incorporates a sky lit atrium over the entry lobby, providing patrons a visible and psychological connection between all four levels. Spatially open stacks and state-of-the-art data distribution contribute to the flexibility of the facility. Other spaces include a 200 seat community meeting room, a 75 seat theater, 8 quiet study rooms, and a 12 station computer lab.

The Library has been a successful catalyst in the revitalization of the surrounding downtown with new commercial and residential development following its opening. The Library and its landscaped plaza have come to be the setting for several community events and ceremonies. 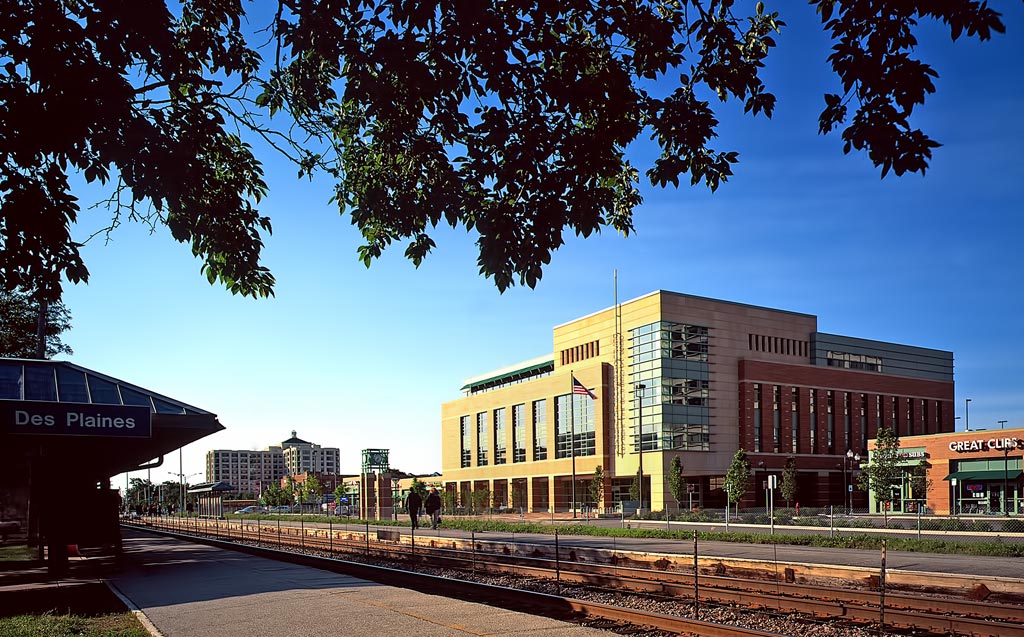 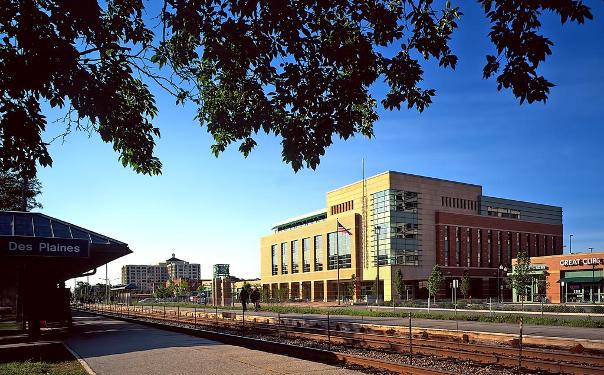 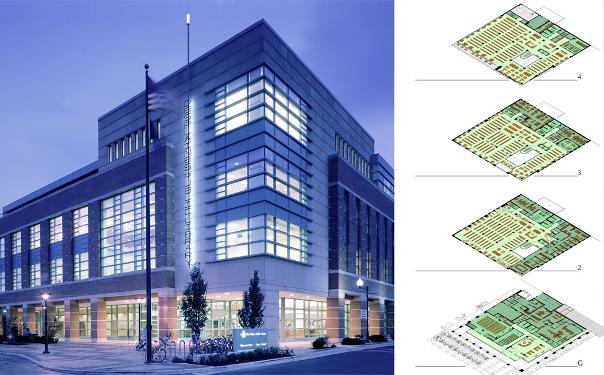 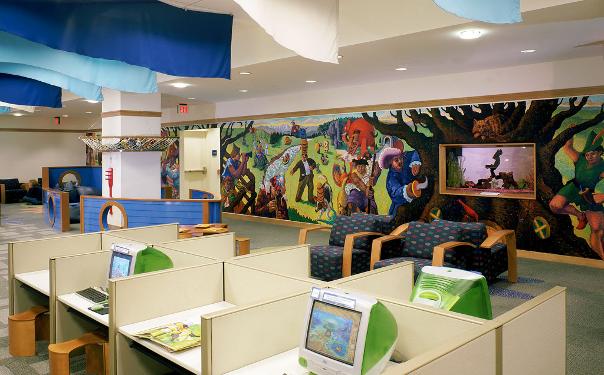 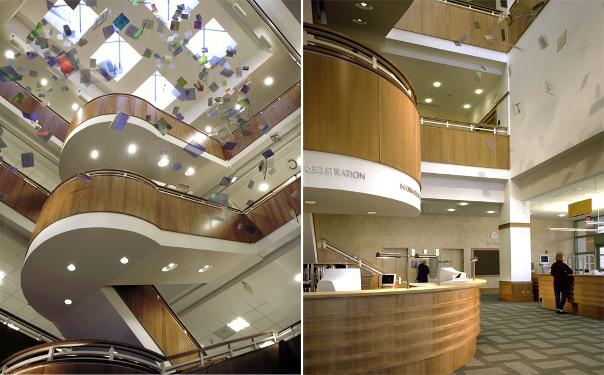 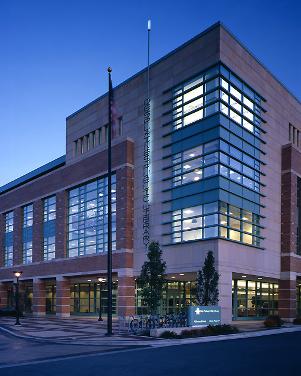