Centennial Fountain was commissioned by the Chicago Metropolitan Water Reclamation District to commemorate the reversal of the Chicago River in 1889. Shifting the flow of the polluted river away from Lake Michigan, the source of the city’s drinking water, quickly improved sanitary conditions in Chicago at the turn of the century.

Water from an elevated basin cascades over two series of semi-circular steps that representing the continental divide near Chicago that separates water that flows eastward into Lake Michigan and eventually into the Atlantic Ocean, from water that flows westward into the Mississippi River and eventually into the Gulf of Mexico. Every hour an 80 foot high arc of water is shot across the river to the opposite bank, symbolizing the importance of Chicago’s many bascule bridges. A sculptural sun dial caps the fountain, which is a major component of the Lohan Associates designed Cityfront Center development master plan public space and infrastructure. 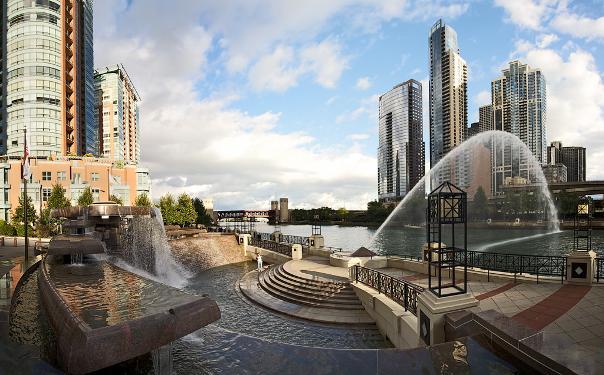 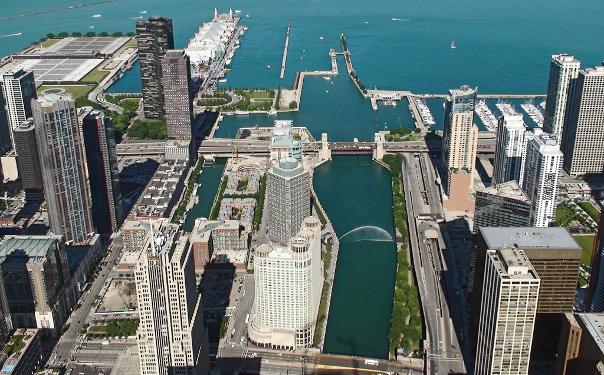 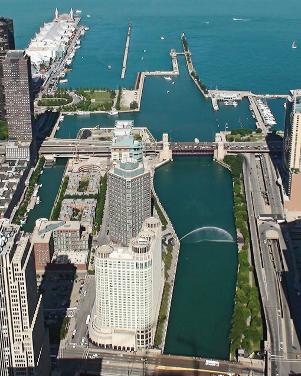