In 2004 Lohan Anderson moved into new offices it designed for itself on the fifth floor of the 401 North Michigan Avenue building, with spectacular views up and down the Chicago River. Taking a cue from the large expanse of window glass, the lobby walls are clad with large sheets of sandblasted glass. Floor finishes include polished concrete and chilewich woven area rugs. The dropped ceiling was removed and the building structure expressed by the drywall clad beams. The open work stations were custom designed, as were the reception desk, and lobby seating. 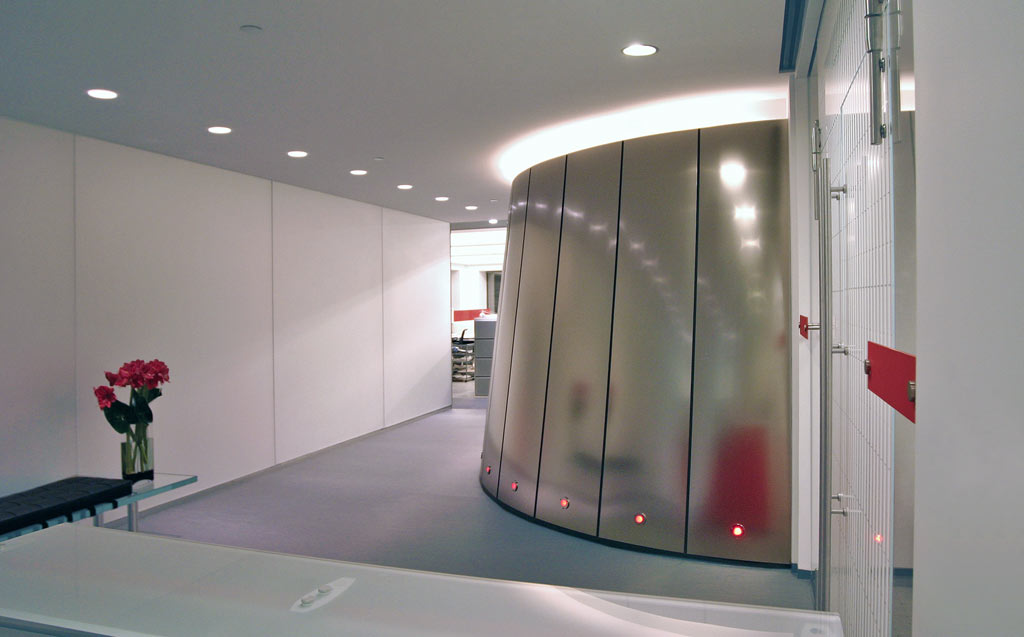 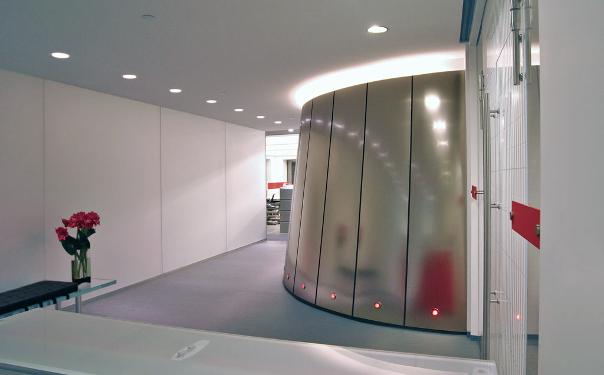 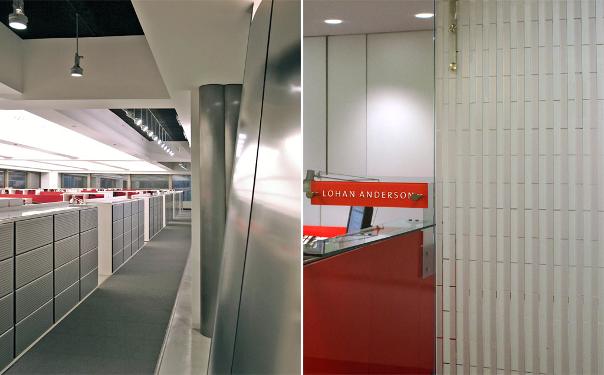 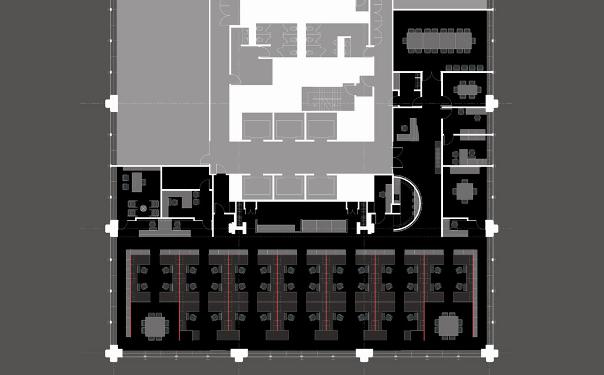 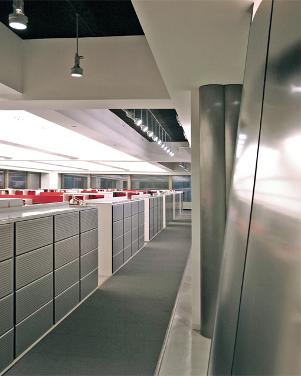