Chicago’s Lake Michigan shore has been preserved for public parks and cultural institutions, one of which is the John G. Shedd Aquarium, a landmark building designed in the Beaux Arts style by Graham, Anderson, Probst & White and completed in 1929.  In 1983, Lohan Associates was commissioned to design an addition to the Shedd that would house an exhibition of marine mammals.

The 175,000 sf Oceanarium was sited behind the Shedd on a semi-circular landfill extending into the lake, making the addition difficult to see from land; sited lower than the existing building, it preserves views of the Shedd from all sides while being a commanding presence itself from the lake side.

The major programmatic space of the Oceanarium is a group of marine mammal habitats simulating the environment of the Pacific Northwest, including a small whale habitat, sea otter habitat, seal cove, and the main large whale habitat with stepped seating where visitors watch demonstrations. From the seating area, the habitat pools of water meld seamlessly into Lake Michigan to create a continuous body of water stretching to the horizon.  In addition to the habitats, there is an auditorium, two restaurants, a research library and a gift shop. Below grade is the complex water filtration apparatus, underwater viewing of the pools, and a laboratory and wellness center for the mammals.

The exposed steel long span structure rests on white metal columns with vertical seams, a modern suggestion of fluted classical columns; these columns support a long white architrave that is an abstract reference to the Classicism of the original Aquarium. During construction, white marble cladding was removed from the original structure behind the location of the addition, and this marble was split in half and used to clad the pavilions that flank the glassy Oceanarium. 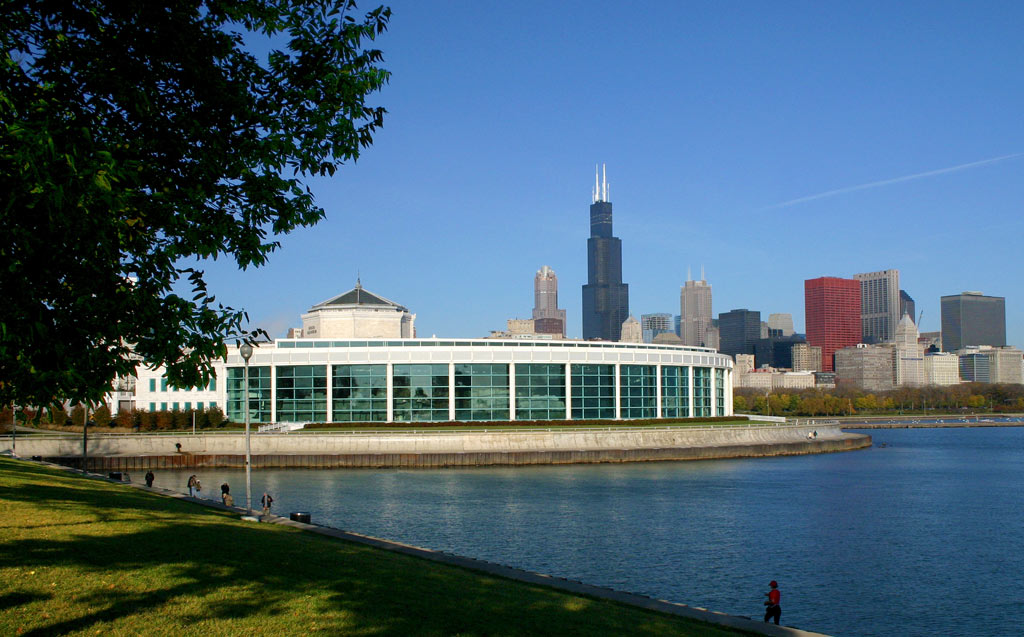 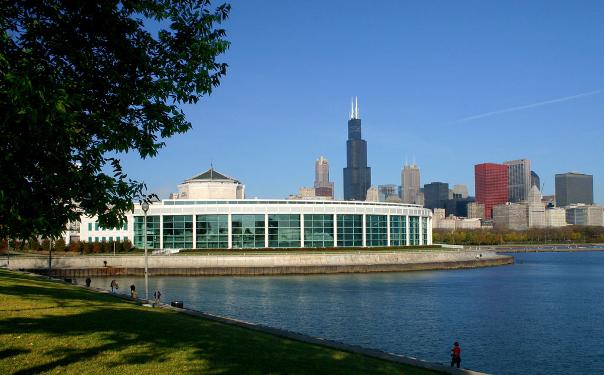 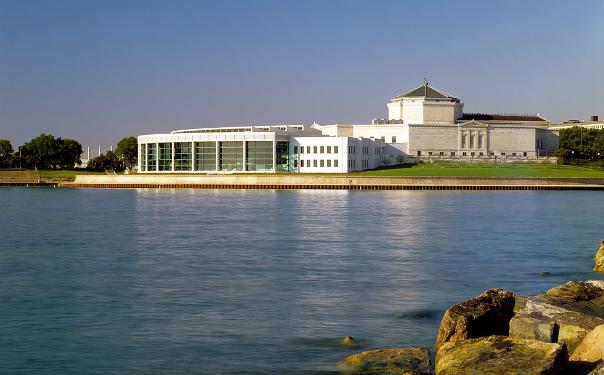 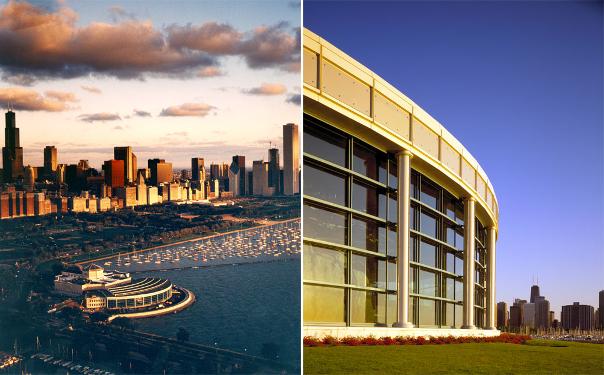 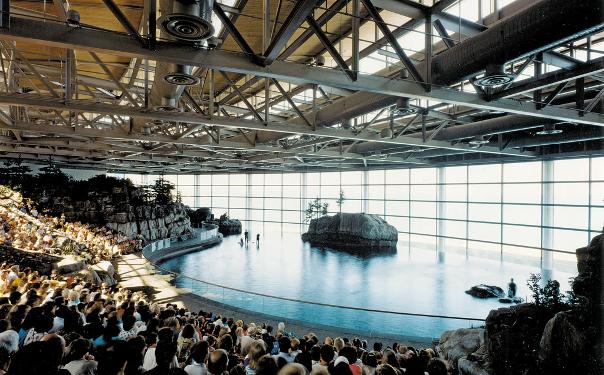 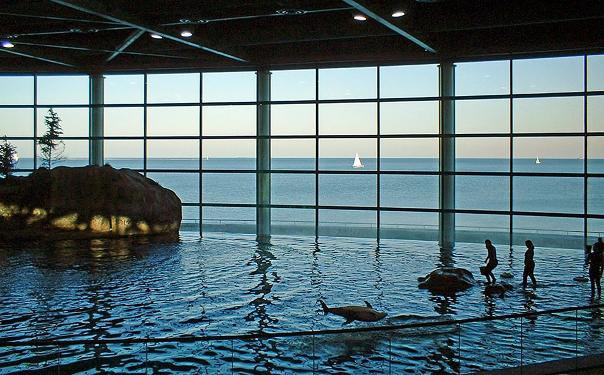 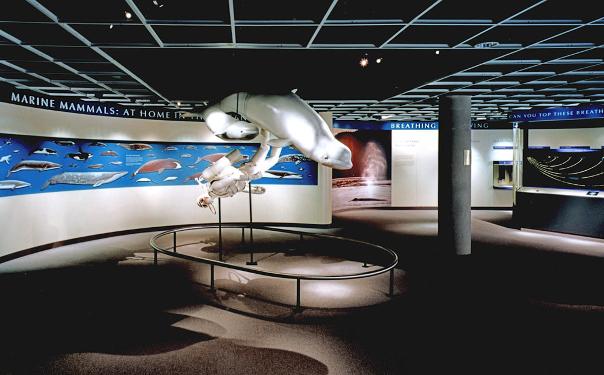 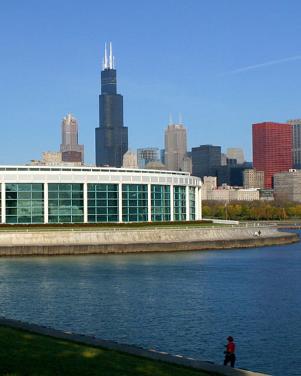