231 South LaSalle Street is one of two Neo-Classical edifices that frame the end of the LaSalle Street corridor. Originally designed by Graham, Anderson, Probst and White, the 20 story building opened in 1924 as the Continental Bank Building with a grand banking hall on the second floor. In the mid 1980’s Continental Bank folded and the lobbies and the 88,000 square foot Grand Banking Hall were renovated to accommodate a new tenant, the Bank of America.

The original marble flooring and walls were restored, as were the Art Deco murals on the banking hall’s frieze. New lighting was installed to accent the architectural features, and a new space plan and furniture for the hall were designed to accommodate contemporary banking services. 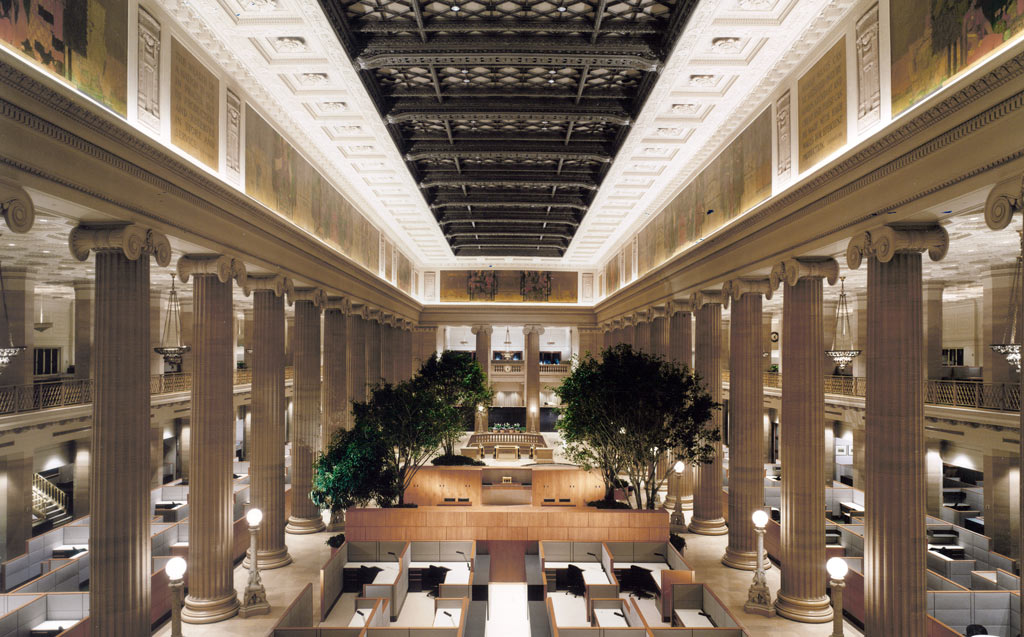 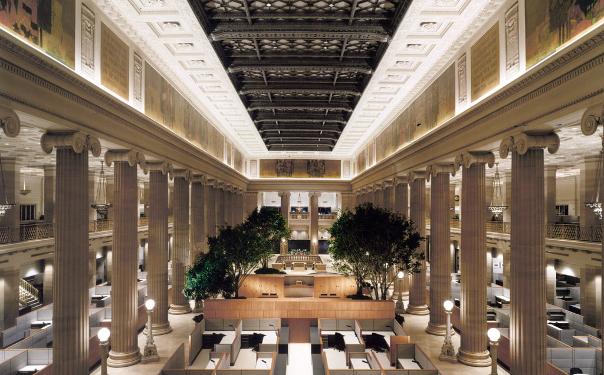 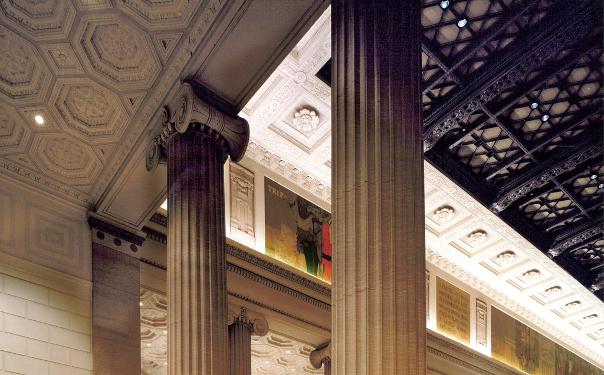 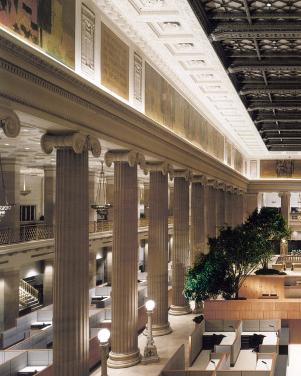