Burton Place Park is a pocket park in Chicago's Old Town District, formed by the closure of Burton Street where it intersects Wells Street. The existing park was designed and built over a period of years in the 1970's and 1980's. To minimalize vandalism at that time, wrought iron fences were placed around the planting beds, which also discouraged patrons from using the park for rest, relaxation, or for social gatherings.

In 2012 the Old Town Merchants and Residents Association commissioned Lohan Anderson to design a new park that would serve as a focal point for the historic district and create a space for community and social events. A raised planting bed with a band shell creates a secluded, peaceful zone that steps down to Wells Street on the west end. A fountain at the west end is located half way out into the public sidewalk to serve as a focal point that can be seen up and down Wells Street. The paving extends further west into the existing parking lane with two large urns marking the entrance. Adjacent is a proposed bike sharing system station. 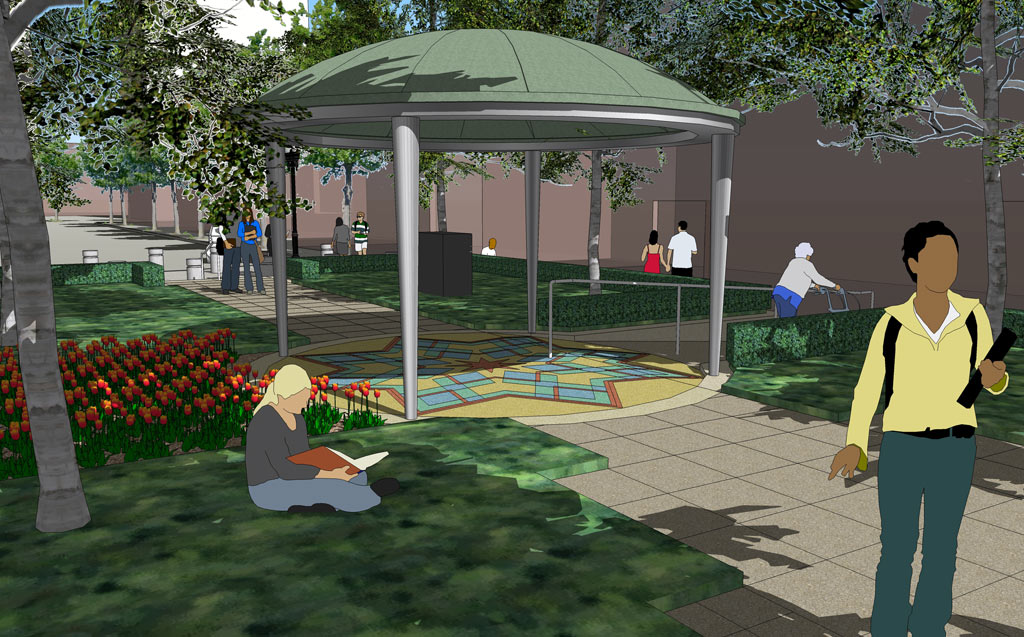 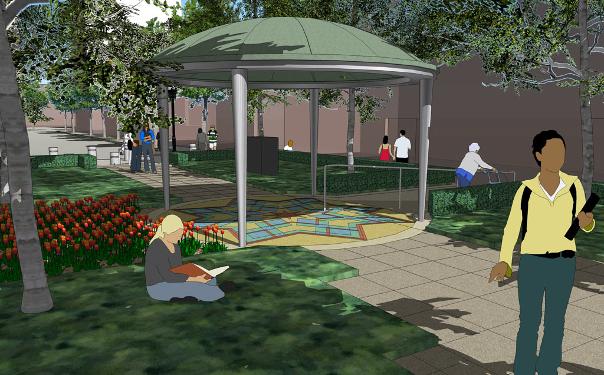 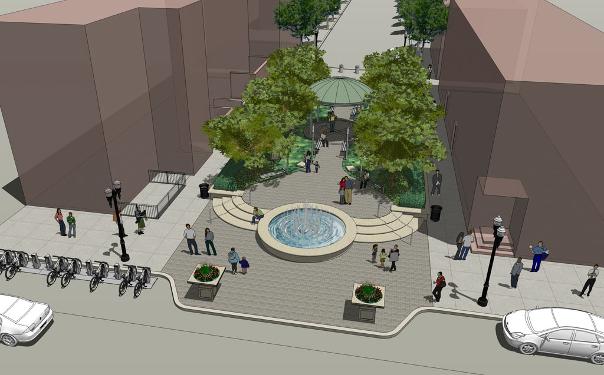 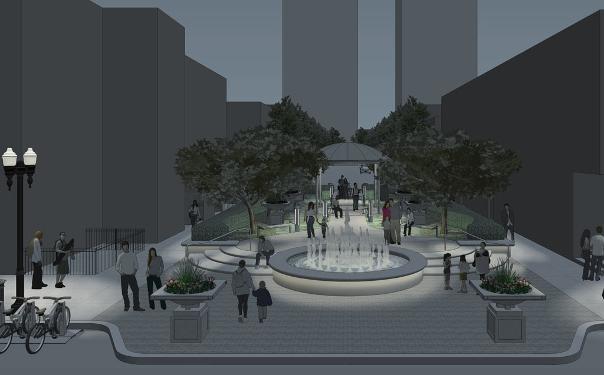 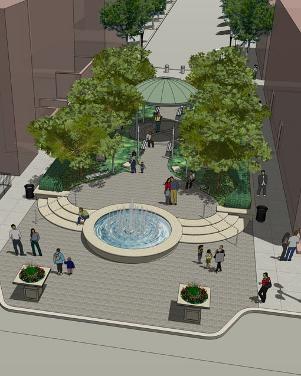