Ogden Plaza is named for William Ogden, the first Mayor of Chicago and a trustee of the company that became Chicago Dock and Canal Trust, the eventual developer of Cityfront Center on the Chicago River. Ogden Plaza serves as the west entry to the development and is bordered by office, hotel, and residential developments. The formal and richly landscaped park is on two stepped levels to accommodate the sloping site. Beneath the park is a 400 car parking garage. In the center of the park is a sculpture by Vito Acconci, a monumental working clock with solid granite numerals and a motorized truss for hands. The landscaping theme is a “White Garden” with various species of white flowering plants that bloom throughout the growing season, including two groves of Bradford pear trees. Stepped walls with planters and ceramic tile inserts enclose the stepped level areas on three sides, creating micro-climates and areas of refuge from the bustle of city life. 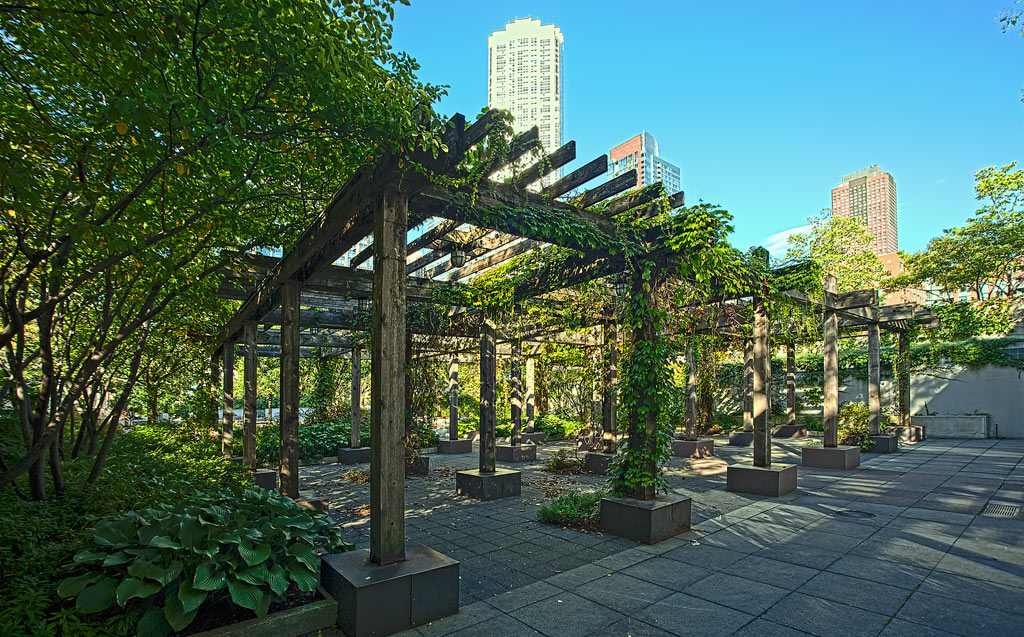 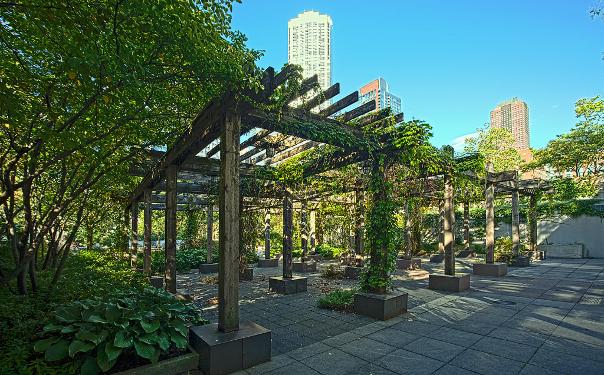 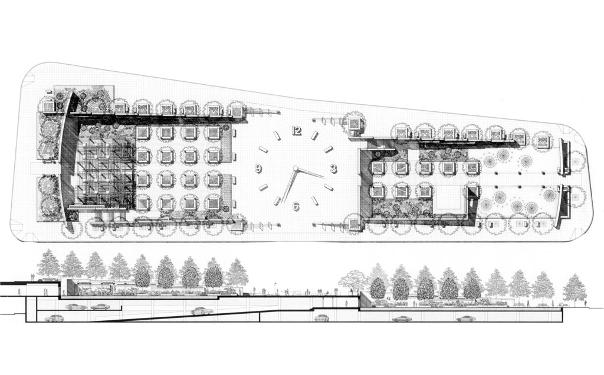 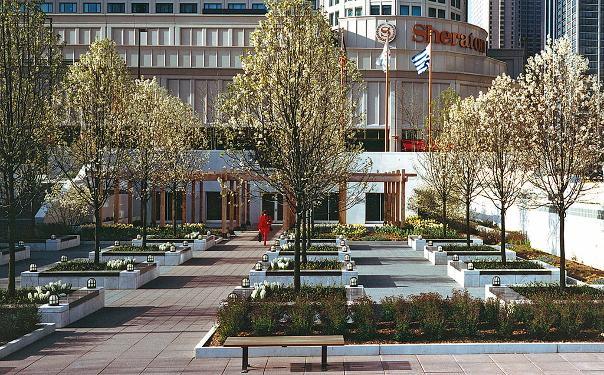 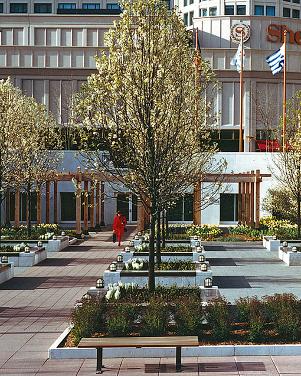